Climate Change is a social justice issue for developing countries 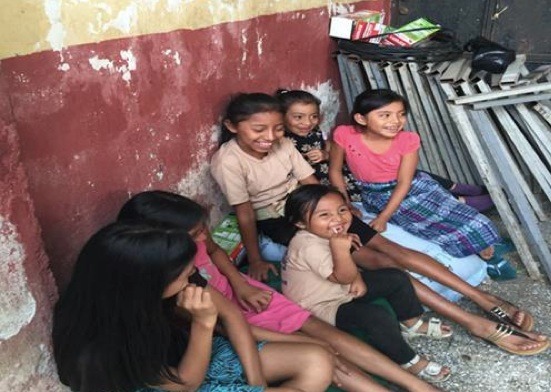 It’s about time for America to wake up and realized that climate change is affecting real people now. As climate change worsens it means more poverty, more hunger, higher food prices, & more war unless something is done now!

Journalist Cara Bevington, attending the last UNFCCC Climate Change Talks conference in Bangkok last week for Adoptanegotiator.org, reported that wealthy countries such as the United States and Australia were (1) not committing themselves to climate change efforts at the levels spelled out in the Kyoto Protocol required to reduce global warming significantly and (2) were speaking in processual abstractions of measurements and compliance rather than commitments. She reported the plea of the lead negotiator from Lesotho, South Africa reflected the general perspective of climate change as a material social justice issue by many developing countries:

“The failure to combat climate change will increase poverty in my country, and right across Africa. The rights of my people, the rights of people from the most vulnerable countries, are compromised by climate change. We must act now,” the lead Climate Change Talks negotiator from Letho said. 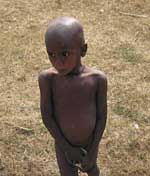 developing countries still have a majority of their populations living as poor farmers and it’s important for non-farming Americans to remember this (only 2% of Americans work in Agriculture). For example, 80% of Tanzanians work in agriculture (CIA Factbook, 2009).* More than half of India’s 1.1 billion population are farmers and 25% of all Indians live below the poverty line (CIA World Factbook 2009)**. Also, about 43% of all Indian children suffer from malnutrition already according to a recent report in The Economist. The climate makes a direct impact on these people’s lives if it rains or not. For example, in India alone, an estimated 450 million people live off of rain-fed agriculture (The Economist 2009) Photo above was taken during 2006 drought crises in Bihar, India. Photo by Mark Kirwin of Kirwin International Relief Foundation

The weather affects whether or not they have a job and income at best, and at worst, enough food and water for their family to live on. It’s not like here in the United States where, for the average middle class person reading this blog posting, climate change may mean nothing more than higher energy and food prices…sometime later…in the future. An abstraction. Inconveniences. Right now, the most compelling image I see about climate change in the United States is an endangered polar bear. This is may galvanize the environmentally aware to take action, but it’s not motivating enough for many people in the United States struggling to make it through the current recession. They need to see a human face. They need to feel empathy.

In the primarily agrarian developing countries, climate change is not “An Inconvenient Truth” but a life or death issue. It is hurting people and wildlife now. It is creating more political insecurity around the globe. I think climate change is a human rights story, a security issue, and that is the story that needs to be told if the public is to be galvanized to action. There should be more publicity on the probable outcomes of the Climate Change Talks next negotiations. How does a certain amendment change affect people materially? What will happen to a typical Ethiopian farming family if the drought due to global warming continues? How many more families will suffer the same fate in East Africa? How does that affect our national security and resource interests in Ethiopia, Somalia, or Sudan where there are more and more anti-American terrorist groups attracting impoverished youths? Real lives are at stake. Action on climate change will require some altruistic action on the part of all nations as energy sources are switched to renewable and non-fossil fuel burning sources. To get altruistic action, environmentalists and policy makers will have to elicit empathy out of voters and stakeholders. The best way to do this is to translate climate change into material impacts that are affecting real people, right now.

I just read a gripping story about resurgence of the Taliban in Afghanistan in last Sunday’s New York Times article “Held by the Taliban: 7 months, 10 days in captivity” by a journalist named David Rohde. By living with the Taliban, as an unwilling prisoner, for nearly a year Rohde brought a human face to this conflict. A few of the terrorists are truly fundamentalist zealots and can’t be reasoned with–but those are the minority. It seems from his reports that most join the Taliban for better life, to pull themselves and their families out of poverty and out of fear of reprisal if they don’t join. However, poverty is the main driver of the growth of Taliban’s political control in Pakistan and Afghanistan. What is poverty? Lack of adequate food and resources for a healthy life. Global warming is causing more poverty and ultimately, will be creating more terrorist recruits.

If you want to fight terror, start with fighting poverty.

But to do this and get real action out of people, you need to show how real people and wildlife are suffering due to climate change and solutions that will help them. Not enough people will care about climate change unless you show them real people suffering from it and tell their stories.

* I witnessed the devastating impact of the drought on children, the educational system (children cannot attend school when it is too hot because there’s no drinking water) and the environment in rural areas near the Serengeti in Tanzania in July, 2006.

** I saw first hand the dry wells and hungry children in Bihar, India in December 2006.

***I am so grateful that Al Gore made the movie An Inconvenient Truth. That movie has done more for the welfare of people and wildlife than anything else media-wise in recent years. He is a hero.

Bevington, Cara
2009, “After Bangkok: the Roadblocks to Barcelona and Beyond,” Adopt-a-negotiator, retrieved on October 19, 2009, from: http://adoptanegotiator.org/2009/10/16/after-bangkok-the-roadblocks-on-the-way-to-barcelona-and-beyond/

CIA
2009, “Tanzania,” The World Factbook, retrieved on October 19, 2009, from:
https://www.cia.gov/library/publications/the-world-factbook/geos/tz.html