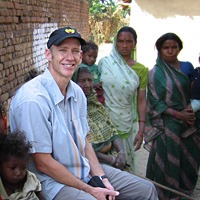 Mark Kirwin works as a civil litigation partner at the law firm of Kirwin & Francis, L.L.P. in Ventura, California. He has over 25 years of legal experience litigating and advising clients regarding complex cases; including, issues in the areas of business creation and operations, construction defect law, contracts, employment law, fenestration, insurance, and advises non-profit 501(c)(3) organizations. Mr. Kirwin also works as a certified mediator and California Superior Court appointed mediator and arbitrator. He is licensed to practice in California and Colorado. He is the past president of the Ventura County Bar Association and Ventura County Legal Aid.

In addition to KIRF, Mark is on the Board of Directors for the Downtown Ventura Lions Club, Ventura County Legal Aid and EPIC. He served on the executive team for the for International Climate Change Team of Mediators Beyond Borders (MBB) and was its Designated Contact person for the UNFCCC. Mark worked on climate change dispute resolution issues at the Climate Change Treaty Negotiations by advocating for mediation and informal problem solving to address climate change disputes from the local to international levels.  He has authored suggested treaty text regarding mediation submitted to the United Nations Climate Change Parties for consideration. You can read more about MBB at MediatorsBeyondBorders.org.

He has volunteered for local community service projects in Ventura and elsewhere on behalf of the humanitarian organization. Mark has assisted the Rotary Club of Ventura with disaster relief such as Hurricane Harvey (2017), Baton Rouge flooding in Louisiana (2016), and the Earthquake in Nepal (2015). He has assisted local and international education and healthcare projects such as the Gigante Community Health Center in Playa Gigante, Nicaragua.

Mark received his Bachelor of Arts in History from University of Colorado, Boulder. He received his Juris Doctorate from California Western School of Law.

When not working or volunteering he can be found spending quality time with his children.  His interests include Tae Kwon Do, ocean swimming, trail running. Before becoming a parent Mark competed in triathlons and had finished in two Ironman Triathlons. Mark was born in Hamilton, Bermuda and he and his family moved to Colorado Springs, Colorado in the late Seventies. Mark has lived in California since he began law school in 1988.

Mark described what motivated him to start KIRF. Mark said, “I was inspired by the tragedy of the 2004 tsunami because we were so lucky to have survived and there were so many people that needed help.”

Angela has a Masters of Arts degree in Anthropology from California State University of Northridge and a Bachelors of Science degree in Business Administration, Marketing from San Diego State University. Before starting KIRF with Mark, she has worked for environmental and education non-profit organizations such as Roots & Shoots, a program of the Jane Goodall Institute and the Ventura Hillsides Conservancy as a web design and online marketing consultant. In the for-profit sector, Angela has enjoyed working in the outdoor industry for international brands Patagonia, Diamondback Bicycles and PowerBar. Angela used to be a nationally-ranked competitive triathlete. She qualified for and competed in the World Ironman Triathlon Championships in Kona, Hawaii in 1994 and the Boston Marathon in 2004.

Angela’s current interests include local ethnobotany, traditional foodways of indigenous peoples of California, environmentally sustainable food cultures, and finding news ways to make anthropology engaging and relevant to her students while helping them become aware of their own biases and more empathetic of people of different cultural backgrounds. Angela has lived in California all her life.

Angela was inspired to help others through KIRF by experiencing the 2004 tsunami disaster first-hand, meeting Dr. Jane Goodall and by her mother-in-law Diane Kirwin. After retiring from social work and raising five children, Diane founded the Shekhawara Village School (formerly known as the Kirwin James International School) with local Indian humanitarians in rural Bihar, India. No matter how young you are, or how old you are, anyone can make a difference. Angela has said more than once, “Everyone is important. Anyone can make a real difference for good in the world.” 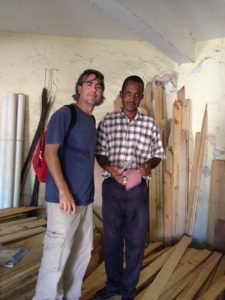 A native Missourian, Pat has been involved in humanitarian and relief work in Latin America since 1996. His experience includes educational and economic development as well as disaster relief in Bolivia, Haiti, Peru and Mexico. Pat’s educational background includes Spanish, Latin America and Caribbean studies, as well as Music.

KIRF is a registered nonprofit organization with the state of California. Click here to see a copy of our Certificate of Registration of Unicorporated Nonprofit Association in the State of Californi a [PDF]. KIRF is a tax-exempt public charity 501(c)(3). Donations are tax deductable to the full extent permissable by law.