We set our sights on helping out a local Roots & Shoots youth group in Arusha, Tanzania deal with the drought crises that was devasting the food supply in East Africa. The situation that we found after spending some time in there was predictably more complex and profound than as portrayed by the Western media and the reports of large multinational non-profits.

The drought, coupled with environmental degredation due to de-forestation and unsustainable farming practices, was not only decreasing agricultural production but was changing the cultural and socio-economic landscape as well. It was preventing kids from attending school in the rural areas due to lack of drinking water from dried up wells at the schools, general poverty and severe dust storms in arid regions such as the Lake Eyasi district bordering the Serengeti. The drought also was pushing more rural families into leaving their un-productive single-family farms and ancient pastoral lifeways and migrating to urban slums in cities such as Arusha. Many Tanzanian Roots & Shoots members were busy trying to solve these problems in their communities. I was impressed with their with their strong sense of community pride and sustainable solutions.

Seeing kids combat soil erosion and bring back the trees and their cooling shade to the dusty school yards was impressive. They did this in part by planting their own tree seedlings and protecting them with thorny acacia branches and hand watering them from their jugs of water from home–up to five kilometers away! Instead of just helping others help themselves, KIRF’s trip to Tanzania was a memorable experience learning from, and being inspired by, the determination of determined groups young Tanzanians who are working hard to preserve the riches of their land and their culture.

It was during that trip especially, that I wish KIRF was a larger foundation and could help these kids more with their conservation projects and give them more educational and business opportunities.

Field Report: Drought relief for a Maasai village school, support of schools and conservation programs for the impoverished and helping mamas groups in Tanzania 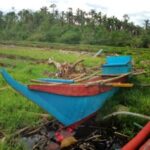 Helping People Help Themselves in Tanzania

“Helping People Help Themselves” sums up KIRF’s philosophy and the method of disaster relief and sustainable development. We aim to develop long-term self-sufficiency that enhances