Haiti earthquake relief: Volunteers from Ventura go for it 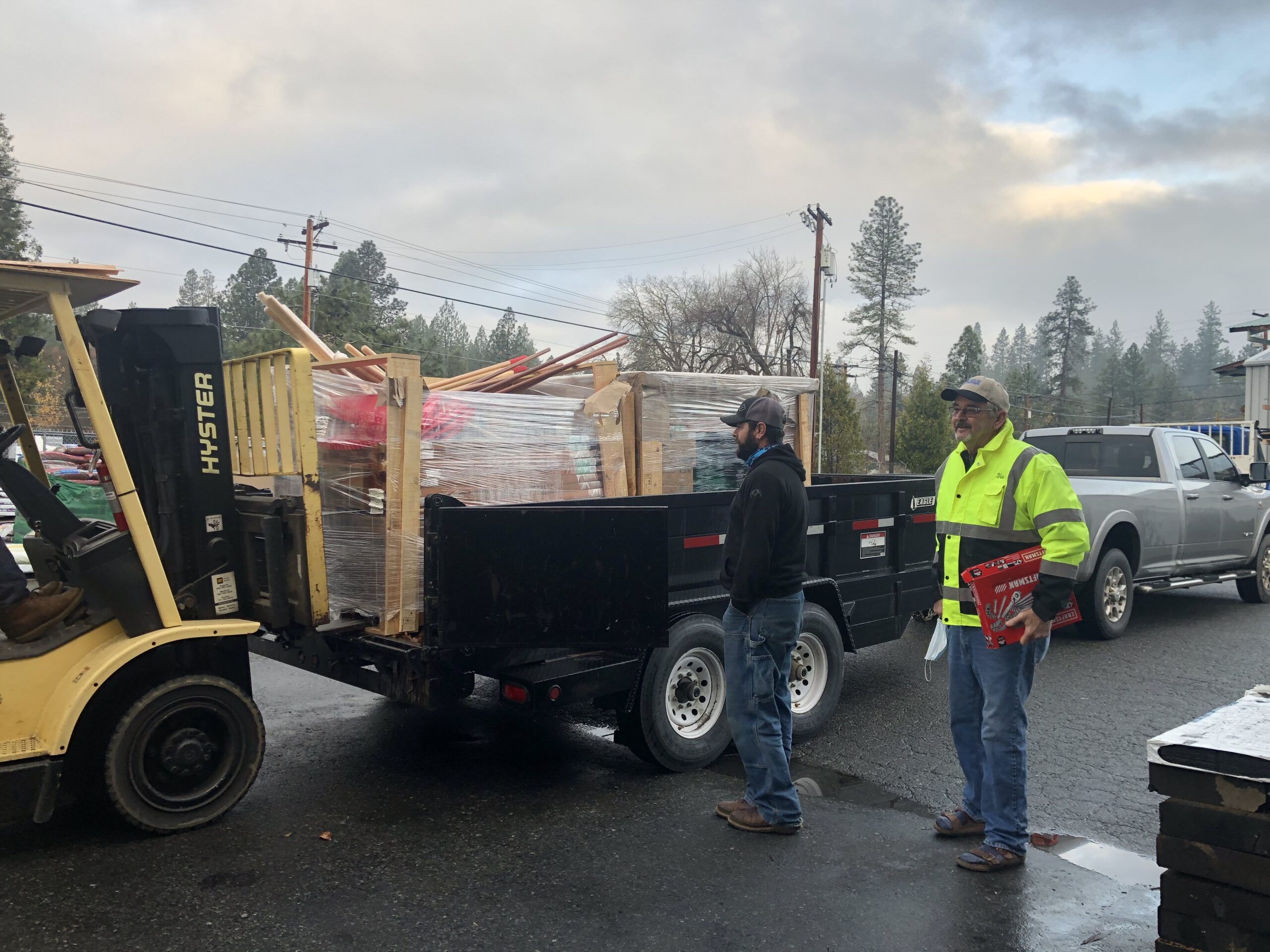 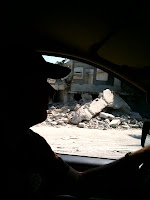 KIRF co-founder Mark Kirwin drove into Haiti this morning with KIRF volunteers Patrick Rea and CJ Paone, in their rented Hyundai van packed to the ceiling with food staples purchased in Santo Domingo. All three are disaster relief volunteers from Ventura, California. Updates of their progress have been made via photos, text messages, and calls from Mark’s iPhone to KIRF co-founder Angela Kirwin (that’s me). According to the representative at AT&T, international phone service from Haiti using Mark’s iPhone will be free until the end of this month.

As of noon today, California time, they reached Port-au-Prince. “We are in the middle of a huge city. About 1.2 million people are displaced and over 200,000 are dead. No one knows for sure how many”  “There are tent camps everywhere” Mark Said.

KIRF’s efficient 100% volunteer disaster relief effort illustrates the efficacy of local contacts, cultural understanding, informal aid networks, and lay knowledge in distributing aid to those who need it the most after a natural disaster. With these critical factors, almost any able person can do Stage II (non-rescue, non-critical medical care) disaster relief.

“The Haitians here are very nice, lot’s of smiles. They are very busy and don’t like their picture taken [but] there is no aggression whatsoever,” Mark said. 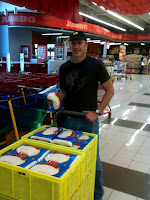 Patrick’s fluency in Spanish was invaluable in the Dominican Republic in getting relief supplies sold to them at wholesale prices at a supermarket in Santo Domingo, their van rental, and information about crossing the border into Haiti. His cultural knowledge also resulted in secured parking provided by a local order of Salesians of Don Bosco, a Catholic order dedicated to aiding children of the poor though acts of charity.

Their local contacts in Port-au-Prince resulted in invaluable disaster relief assessment and disbursement information. Local information will ensure that KIRF’s food supplies will go to those who need it the most. His Haitian friend’s hospitality and local knowledge has been very invaluable. He offered the KIRF volunteers his home as a safe place to stay after dark and his local knowledge will assist in distributing aid at a safe and secure location tomorrow. The KIRF volunteers will seek out local Haitian food vendors when they restock the van. This is in an effort to support the local economy. If they are able to purchase food from local Haitian businesses, they will be supporting not only the Haitian recipients of their aid but the Haitian families who provided it as well. This plan depends on several factors such as security and market prices.

They drove through the armed border crossing into Haiti easily with local lay knowledge they gained in Santo Domingo. Mark said that the roads were packed with people all the way to Port-au-Prince. The landscapes were not as arid or denuded of vegetation as they are in rural Bihar. However, signs of poverty are endemic. 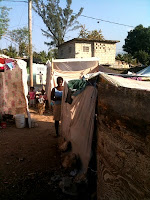 “Driving in Port-au-Prince was like trying to drive a van through the Ventura County Fair–or like driving in Gaya [India] but without the cows,” Mark said. They met with Patrick’s former business partner, a Haitian lives who lives near Port-au-Prince and owns small manufacturing company. He took them to see some small tent encampments of homeless earthquake survivors who were in desperate need of food and water. These camps were too far away from the international food distribution centers and they were not able to get adequate food and water. The KIRF volunteers saw street after street of leveled buildings, people living in makeshift tents and miles of devastation in every direction. They saw long lines of women with meal tickets patiently waiting in the sun for a food allotment. They saw many children they visited with an extended family of 14 made homeless by the earthquake who are now sharing a single tent in one of the many small tent camps that were all over the city.

The KIRF volunteers will distribute their van loaded with food and supplies tomorrow with their local Haitian contacts’ assistance. They will purchase more food and supplies, locally in Haiti if possible, for more distribution.

We are grateful to our supporters of this relief effort. Without their support, this relief effort to Haiti would not of been possible. Thank you to those that gave us encouragement for this project and helped us find contacts in Haiti. We need more “can-do” positive energy and you supplied it! We are grateful for the generosity of those who loaned valuable gear such as a solar-recharger, satellite phones, along with those who donated the “new and almost new” shoes off their feet (thank you Quinne, friends, students and parents of Oak Grove School in Ojai). Thank you also to those who trusted us to donate funds and share their contacts in Haiti with us. The local knowledge and contacts in Haiti were very crucial during their trip. We are grateful for the sizable sacrifices of KIRF volunteers Patrick Rea and CJ Paone who accompanied Mark to Haiti. They both took a week off from work, paid their own travel expenses, raised funds, and brought donations to help the families in Haiti. Wow!

We are blessed. Blessings to Haiti.