Bioethics of Poverty or “Structural Violence” 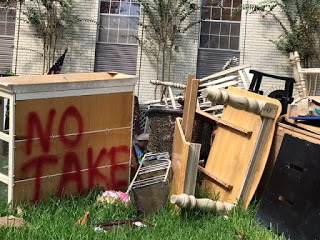 The greatest bioethics issue of today is the existence of economic and social barriers to health and adequate medical care. In the United States, with the lack of universal healthcare, these barriers are growing and increasing poverty rate by 20 percent between 2000 and 2004 according to a National Health Survey conducted by the U.S. Centers for Disease Control and Prevention. (2) According to the same survey, more than 40 million people of all ages in the United States went without health insurance in 2005.

Poverty and lack of insurance are structural barriers that deprive people of their health and, eventually, their life. Uninsured children in the United States are at a greater risk of experiencing health problems such as obesity, heart disease and asthma that will continue to affect them later in life says Steven Woolf, a professor at Virginia Commonwealth University. (3)

Dr. Paul Farmer, a physician and human rights activist in Haiti, calls these structural barriers of poverty “structural violence.” He defines structural violence as “Large-scale national and international structures that place limits on the ability of individuals to act in ways that protect their health.”(4) An example of structural violence is malnutrition. An estimated 842 million people in the world are hungry or food insecure.(5)

According to the Universal Declaration of Human Rights, being healthy and having access to adequate medical care is not just an ideal for Americans. It is an entitlement for everyone worldwide, rich or poor.(5) Farmer believes this to be true and has devoted his life to treating the poor and fighting economic and social barriers to health that continue to hurt and kill them. These barriers are behind the current epidemics of treatable diseases such as Tuberculosis, AIDS, malaria as well as chronic illnesses such as diabetes in all countries among the impoverished according to Farmer.

Farmer condemns social scientists and medical ethicists who ignore this problem of poverty in developing countries. “Surely it is an ethical problem, for example, that in the coming year an estimated six million people will die of tuberculosis, malaria, and AIDS—three treatable diseases that reap their grim harvest almost exclusively among populations without access to modern medicine.”

Farmer goes on to say that these same social scientists who, in the course of their field research and have observed the day to day suffering caused by poverty but have neglected to document it, explore it,  and input it in their ethnographies, are not only unethical but are in fact committing “a human rights abuse.” (7) Farmer asserts that social scientists are complicit in the maintenance of structural violence by the powerful elite if they do not document it when they see it. The struggle for social and economic rights is as much a social and political issue as it is a public health issue according to Farmer. (8)

1. Make health and healing the symbolic core of the agenda. Farmer cites the example of the Physicians for Human Rights and their partner organizations, which have argued that access to care should be construed as a basic right.(9)

2. Make the provision of health services central to the agenda. Farmer recommends that health workers listen to their patients and partner with local community-based health organizations to figure out the best ways to bring care to those in poverty. Collaborations with people local to a community are necessary to address the increasing inequalities here in the United States as well as in developing countries according to Farmer. However, he cautions that “States, not ‘Western” human rights groups, are best placed to protect the basic social and economic rights of populations living in poverty…State failure cannot be rectified by human rights activism on the part of NGOs.” (10)

3. Establish new research agendas that emphasize analyzing political and economic causes of inadequate health care. Farmer recommends “ serious scholarly work” that studies the health effects of war, political-economic disruption and the pathogenic effects of social inequalities, including racism, gender inequality, and the growing gap between rich and poor.”(11) He cautions that the research must not further imperil or victimize the poor and marginalized populations. He quotes R. Neugebauer, “ Public health research on violence and victimization among these groups must vigilantly guard against contributing to emotional and social harm.” (12)

4. Assume a broader educational mandate for health workers to educate the public about inadequate health care due to structural violence. Education is central to the task of combating social and economic barriers to health and medical care Farmer says. However, instead of teaching a select group of students with an expressed interest in health and human rights, there should be a broader educational mandate to teach all students about human rights issues in academia. Health workers and social scientists who are committed to easing the suffering of those victimized by structural violence should make a greater effort to publicize their observations in the popular media so people in affluent societies can better make the connection between health and human rights. (13)

5. Achieve independence from powerful governments and bureaucracies. Farmer says it best: “We need to be untrammeled by obligations to powerful states and international bureaucracies. A central irony of human rights law is that it consists largely of appeals to the perpetrators.”(14)

6. Secure more resources for health and human rights. As more social and political rights have been attained in some countries, economic and social rights have suffered from structural adjustments such as privatization, deregulation and entrepreneurial programs that favor those of means and further disadvantage of the poor. (15)

Structural violence is responsible for millions of deaths each year. About 16 million children worldwide die from preventable and treatable causes every year. Sixty percent of those deaths are from hunger and malnutrition.(1) Although, we may not be able to eradicate structural violence globally we can attempt to lesson structural violence even a little can save at least one life. To a family, that one life is of vital importance.