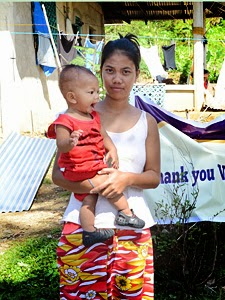 Our family is doing a service project while in Washington, DC to attend President-Elect Obama’s inauguration. We don’t have tickets to anything other than the flights to get there and the hotel is over our budget. But that is okay, we will pay off those credit cards eventually. This is a once-in-a-lifetime opportunity.

What is bothering me about our experience is that no one who I have spoken with seems to be interested in helping others in honor of National Service Day. When I tell many of our friends and business colleagues that we are helping out a homeless children’s non-profit with our kids they are genuinely supportive of us, but that is it. Are we the only ones? Nicole French, a staff member at the non-profit we will be assisting while in DC, Homeless Children’s Playtime Project, told me that her organization hasn’t received any other volunteers or requests to help during inauguration. She even called our purchasing of some art supplies, furnishings, and toys for her homeless kids a “grand gesture”. I think that is sad. Especially since Obama is asking Americans to do a day of service on MLK Day, the day before the Inauguration.

I’m thinking that Obama’s call to action for Americans’ to be altruistic on National Service Day is going to require a cultural shift that may take many years.

I know from my involvement with Roots & Shoots (a youth community service program of the Jane Goodall Institute) that there are many families and individuals out there like us that would like to volunteer to help the environment or humanitarian causes. But I don’t hear of them in the media very often unless it’s an organized event like Coastal Cleanup Day or Earth Day. I’m hoping that by publicizing informal efforts like ours, and doing community service work will soon be normalized in our culture and make any day a good day to help others!

Helping others should be something that nice people are expected to do for each other and their communities. It should not be seen as a burdensome activity solely for students or punishment for people on probation who trying to fulfill their “community service hours” And, it’s not just for church groups either.

Here’s a news release I’m sent out yesterday (first one for KIRF in over a year, I’m a bit out of practice) about our DC trip and family service project.

Ventura, California (January 13, 2009): Ventura residents Mark and Angela Kirwin and their children are headed to DC Friday to work with homeless children—and see President-Elect Obama become President. They and their two children will be helping children in need in Washington, DC as another family service project.

“I can’t think of a better way to celebrate President-Elect Obama’s inauguration than to do a hands-on service project while we are here in Washington, DC,” Angela Kirwin said after she booked their hotel reservation the day after the elections. “It will demonstrate our values for helping others to our children. And, we can do this together as a family.”

On December 17, Obama’s office announced a National Day of Service to be held January 19th, the day before the inauguration and also Martin Luther King Day. “Hey, Obama copied us!” Angela said jokingly.

While in DC, the Kirwins will be delivering educational toys, art supplies, and furnishings to the Homeless Children’s Playtime Project. The non-profit serves children in local emergency and transitional homeless shelters by giving them a safe and enriching place to play in the evenings. “We just offer a safe place where the kids can really be themselves,” said Nicole French who works with the children at the Homeless Children’s Playtime Project. “A lot of times at school people know they’re homeless and they get treated differently. This is the one place they can go with their peers and get a lot of love and attention.”

Items are purchased with funds donated by KIRF’s generous supporters. Angela and Mark pay for their airfare and hotel expenses out of their personal funds.

KIRF is a tax-exempt public charity 501(c)(3) organization as a member of the International Humanities Center (www.ihcenter.org). Donations are tax deductible to the full extent permissible by law.