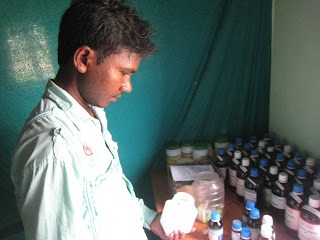 The young Asian woman below told me that the Burmese military placed land mines in her family’s rice field. Which led her and her family to flee across the border to the Thailand border refugee camps. They had no money in the camps and the rations were so poor it was hard to take care of her family.  The camps were not safe- twice the Burmese army crossed into Thailand and burned down the camp. Her classmates were killed in the fires. 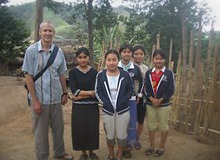 She is Karen. We were told stories of the atrocities committed against the Karen people who fled from the long standing war between the Karen and the Burmese Military Junta- the State Peace and Development Council (SPDC) were told of rape; forced labor, using people as land mine sweepers; destruction of crops and villages; loss of limbs by landmines; and the suppression of information regarding these atrocities from the outside world by the SPDC.

These Karen refugees and migrant workers were the people KIRF helped last month on the Thai Burmese border. In spite of such hardship, we saw an incredible solidarity between the Karen refugees to help each other, to persevere, and one day, maybe, go home.

Through our pre-trip research we were able to make contact with the Mae Tao Clinic at the Thai border town of Mae Sot through the help of Dr. Terry from California and Ms. Lisa from Scotland -who were also helpful once on the ground. (We met Dr. Terry through Global Colors, an international humanitarian volunteer opportunity database founded by Barton Brooks.)  Many people come to the clinic from across the Burma/Thai border after having walked for days. They are starving, ill, or have infections from war wounds such as lost limbs from land mines. The clinic also treats Karen migrant workers very poorly and the Karen population that works in Thailand are under constant fear of deportation back to Burma.

On this trip, my brother and long standing KIRF volunteer, Stephen Kirwin, provided invaluable assistance. We were also very fortunate to have medical and dental supplies donated by local Ventura Dentist Dr. Phil Kroll for the Mae Tao Clinic and clothing donated by Patagonia.

We were given a tour of the clinic by Ms. Eh Thwa and were fortunate enough to spend some time with Dr. Cynthia Maung, the clinic’s founder. Dr. Cynthia, as she started the Mae Tao Clinic in a two-story old warehouse-style building in 1988 to provide free health care to refugees and migrant workers fleeing the military coup violence in Burma. Gradually, through the years with additional funding, the small makeshift clinic has expanded into a multi-specialty medical center. The medical center is very crowded with men, women, and children; many of which are obviously sick, in pain, badly injured, or moving about cautiously sitting here and there. Many wait for their turn with a blank look in their eyes.

I saw much pain, suffering and courage in the patients at Mae Tao Clinic.  I also saw an incredible staff and volunteers at the clinic, who mostly consist of Karen refugees trained as medics. (It is extremely difficult for a Karen refugee to be allowed or able to gain a higher education in Thailand due to problems with their lack of documentation from the Burmese government and funding.)

The clinic has a surgery ward as well as inpatient/outpatient rooms and maternity ward among other facilities.  The clinic also makes prosthetics for landmine survivors.  The prostheses department was one large room with old workbenches, and bottles and cans of chemicals used to form the prosthetic limbs.  It smells heavily of fiberglass being sanded.

On the far side of the room was a man, who had prosthetic legs, working on a lath shaping a new limb to be used. Above the door hung another prosthetic leg and there were bits and pieces of prosthetic limbs lying around a rather busy room.  Many of the people working in the prosthetic department were landmine survivors with prosthetic limbs.  They were amazing to be giving back as much as they could to help those who had lost limbs due to the land mines.

As the work progressed, we were also able to visit and bring needed supplies to one of the Karen refugee camps.  This is where I met more young unaccompanied children preparing their own food, over open fires, in a dimly lit bamboo structure with dirt floors. We talked of playing sports and then of peace.

During this trip, I learned of the community schools in Burma. These exist in the Karen state- where much of the fighting is taking place- as non-permanent schools to educate the children who cannot leave.  KIRF purchased writing materials, notebooks, sleeping materials, and umbrellas for the torrential rain, to help these children get an education. When the fighting shifts away from the area as expected, the Karen backpack volunteer medics will risk their lives to carry these supplies across the border to the help the children in Burma.

Thank you to all who have helped so much in this effort. And, thank you so very much to all of the people we met that are giving so much to help the Karen people.